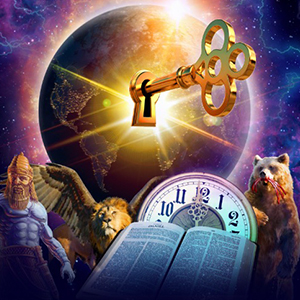 Do Archaeology and the Bible Agree? 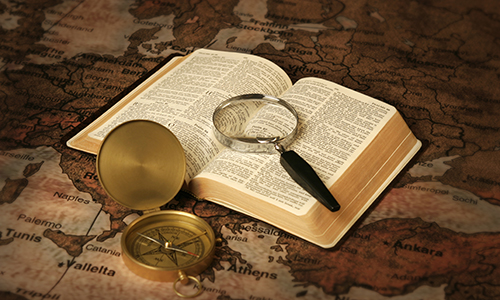 It’s a topic that has been debated by historians for ages—do archaeological and historical findings help confirm the biblical record? How much do you know about archaeology and the Bible? 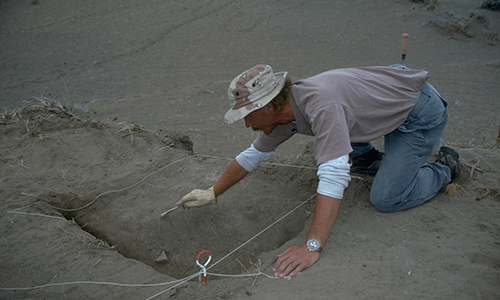 Archaeology is a science that primarily deals with ______?

EvolutionThe creation of mankind
The study of ancient artifacts and culturesThe study of dirt
Archaeology is the study of the ancient and recent human past through material remains. It is a subfield of anthropology, the study of all human culture.
Next » 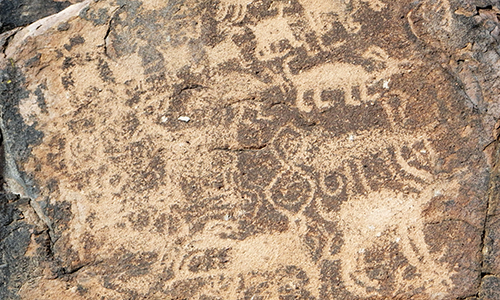 What is an ancient type of writing—possibly developed by the Egyptians—called?

CuneiformLatin
HieroglyphicsPhonetics
The Egyptian hieroglyphic script was one of the writing systems used by ancient Egyptians. Because of their pictorial elegance, some Greeks believed that Egyptian hieroglyphs were something sacred, so they referred to them as ‘holy writing’. Thus, the word hieroglyph comes from the Greek “hiero” (holy) and “glypho” (writing).
Next » 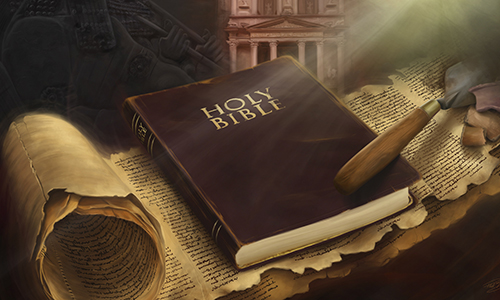 What term of Biblical Archaeology refers to the defense of the scriptures?

ApologeticsHistorical Accuracy
Apostolic CreedIntelligent Insight
Christian apologetics is a branch of Christian theology that aims to present historical, reasoned, and evidential bases for Christianity, defending it against objections.
Next » 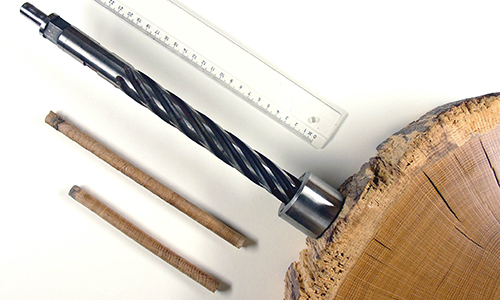 Archaeologists use a method for dating an old artifact based on the age of trees. What is this method called?

Carbon 12 datingDendrochronology
HerbchronologyAging
Dendrochronology (or tree-ring dating) is the method of dating tree rings to the year they were formed to analyze conditions during different periods in history. Dendrochronology is useful for determining the timing of events and rates of change in the environment and in works of art and architecture.
Next » 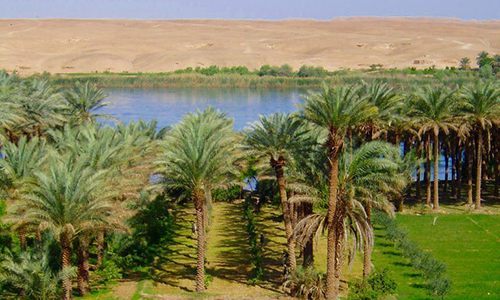 What two rivers remain today as indicators of the location of the Garden of Eden?

Euphrates and TigrisGihon and Tigris
Nile and Euphrates Pison and Hiddekel
Most Bible commentaries state that the site of the Garden of Eden was in the Middle East, situated somewhere near where the Tigris and Euphrates Rivers are today. This is based on the description given in Genesis 2:8–14:
Next »
Wikimedia

In what year did Dr. Randall Price note the word “archaeology” was found in the English language, referring specifically to the knowledge of ancient Israel from sources such as the Bible?

16071402
18001904
Dr. Randall Price notes that the word archaeology first appears in English in 1607, where it was used to refer specifically to the "knowledge" of ancient Israel from literary sources such as the Bible (1997: 25). From the beginning, the idea of archaeology was linked to the Bible. It was only as archaeology shifted its focus to other lands to recover their histories that a special term had to be coined for that branch of archaeology that retained as its primary focus, the Bible; thus, "Biblical Archaeology" was born.
Next »

What event do Biblical and Near Eastern archaeologists often mark as the beginning of “true archaeology” in the Holy Land?

The weakening of the Ottoman EmpireNapoleon’s invasion of Egypt in 1798
The fall of the Roman EmpireExplorations of Mesopotamian ruins
The lands of the ancient Near East were essentially closed to westerners until the European powers began to attempt penetrations into the weakening Ottoman Empire at the beginning of the 19th century. Most Biblical and Near Eastern archaeologists mark the beginning of true archaeology in the Holy Land with Napoleon's invasion of Egypt in 1798.
Next » 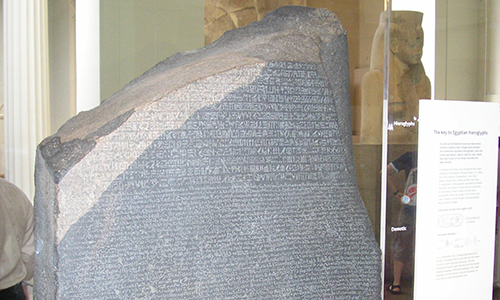 What archaeological discovery was key to unlocking ancient Egyptian secrets due to its trilingual markings?

Behistun InscriptionLetoon trilingual stele
Rosetta StoneCippi of Melqart
The Rosetta Stone is important because it holds the key to understanding Egyptian hieroglyphs—a script made up of small pictures that was used originally in ancient Egypt for religious texts.
Next » 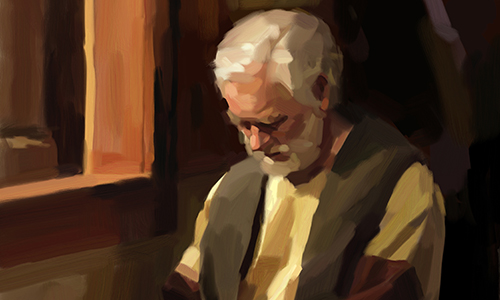 Who is believed to be the first biblical character whose existence was confirmed independently of the Bible, based on historical findings?

Sargon, King of AssyriaKing Nebuchadnezzar
DavidJoseph
Paul-Émile Botta, a French consular officer, was excavating at Dur Sharrukin (Sargon's Castle), in Iraq, and found a number of cuneiform tablets as well as sculptures with inscriptions. When he brought them back to Europe, Longperrier, a fellow scholar, was able to make out the name Sar-gin on one of the inscriptions. He was able to identify this name with Sargon, King of Assyria mentioned in Isaiah 20:1.
Next » 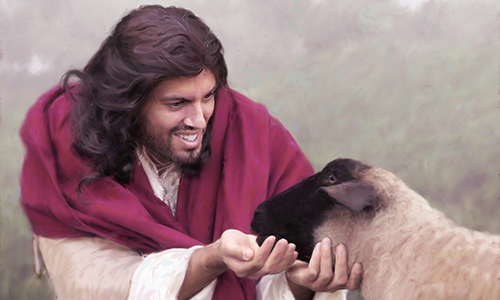 What animal, mentioned in early Old Testament stories, has helped scholars reveal the historical accuracy of the Biblical account of Abraham?

DogDonkey
BullCamel
This subject is heavily debated among historians who have studied whether or not camels were domesticated before or after the story of Abraham. Upon visiting the place where Moses was believed to have received the ten commandments (Mt. Sinai area), Dr. Randall Younker discovered a petroglyph of a camel being led by a human. This finding has shown that camels were indeed domesticated as early as 1,500 BC.
Next »
Wikimedia

The Old and New Testaments are written in what languages?

Latin and GreekHebrew, Aramaic, and Greek
Hebrew and HieroglyphsHebrew and Greek
During the thousand years of its composition, almost the entire Old Testament was written in Hebrew. But a few chapters in the prophecies of Ezra and Daniel and one verse in Jeremiah were written in a language called Aramaic. The New Testament, however, was written in Greek
Next » 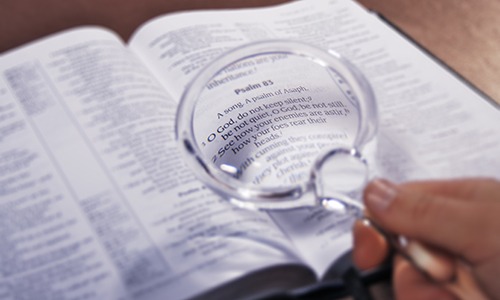 Archaeology has helped confirm the Bible by…

Finding the names of actual people who are mentioned in the BibleFinding actual cities that are listed in the Bible
Helping to read ancient writings that mention things that happened in the BibleAll of the above
Archaeology has done a great deal to restore confidence in the Bible as the revealed Word of God. It has shown light on previously obscure passages and has helped us to understand customs, culture, and background in many ways that seemed most unlikely to our fathers in a previous generation. Archaeology is highly relevant for understanding the Bible today.